Spitting Image - Santa Clause Is On The Dole 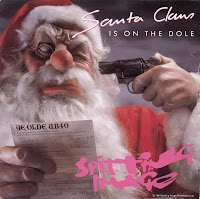 Spitting Image was a British satirical puppet show which ran on the ITV television network from 1984 to 1996. It was produced by Spitting Image Productions for Central. The series was nominated for 10 BAFTA Awards, winning one, for editing, in 1989.

The series was notorious for featuring caricatured puppets of numerous celebrities who were famous during the 1980s and 1990s. The humour was usually controversial and bitingly sharp. British Prime Minister Margaret Thatcher, then American president Ronald Reagan, and The British Royal Family were the most prominent targets, although hundreds of other celebrities were spoofed in an equally disrespectful manner.

In 1986 Sitting Image had there biggest success with the number 1 single of 'The Chicken song'. Later that year they released 'Santa Clause is on the Dole b/w '1st Atheist Tabernacle Choir'. The single was not as successful as the prvious single as it spent 7 weeks in the charts making it to number 22 in the UK Singles Chart.

Spitting Image - Santa Clause Is On The Dole 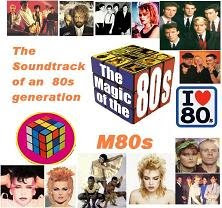